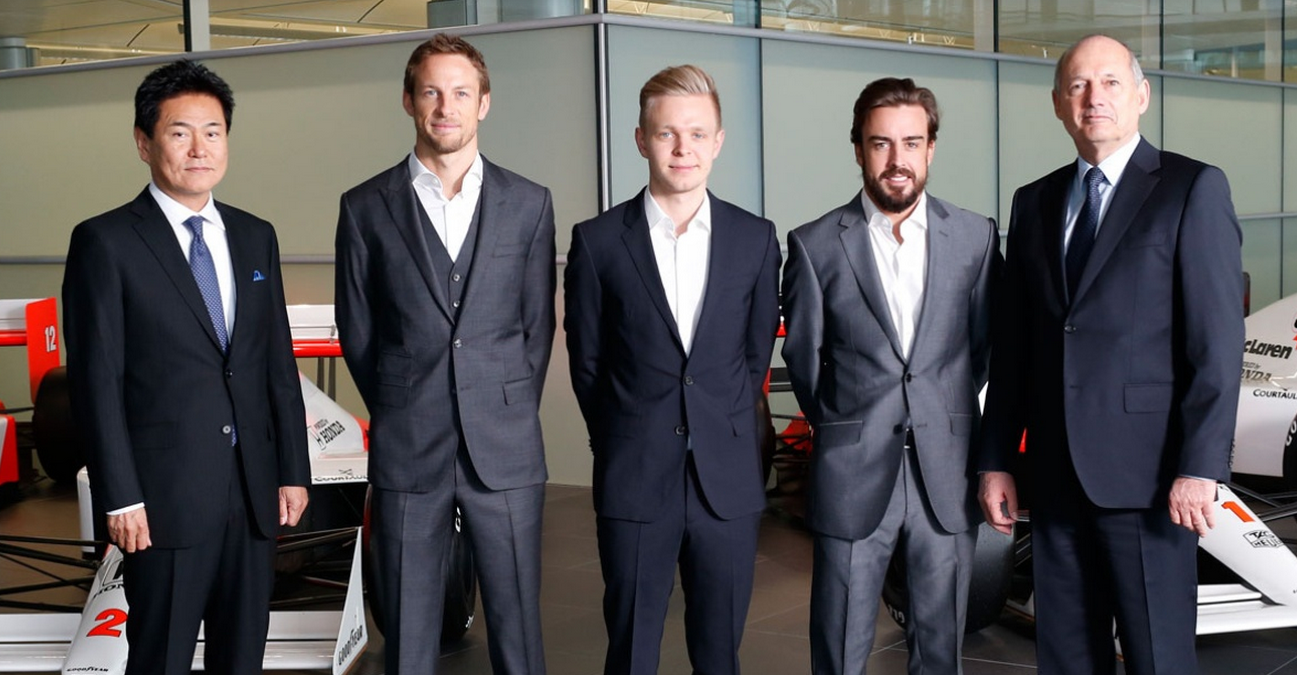 The halfway point of the winter test season – six days completed; six remaining – and, in terms of laps completed, this was our most productive day so far. Nonetheless, there’s still plenty of work left to do to ready MP4-30 and the Honda power unit for the opening day of practice at the Australian Grand Prix – exactly three weeks away.

“We definitely had a better day today than yesterday, and not only managed to complete some runs, but also started running at 09:00 and finished at 17:45, which showed promise. The extent of our running also meant that we could finally begin to evaluate the potential of the car.

“Obviously, we’re still running with some limitations on the engine, but the car definitely felt better than it did in Jerez. On every lap, we discover something new, and we encounter different issues, but that’s to be expected with a project that’s in such an early state of development.

“We’re now exactly halfway through the test programme, and we need to make some progress. There are positives from the day, but we did the fewest laps of any team today, and need to raise our game and learn as fast as we can. Australia is approaching fast.”

“It’s been good to put some laps on the board– we’ve pushed through the programme today, and achieved more than we anticipated.

“Our running today was relatively smooth, and we’re starting to catch up with our programme. We’re happy with what we’re doing – we’re still not looking at outright performance as we still have a long list of systems checks to evaluate. The car is reacting as we expected, but it’s too soon to go into a race simulation, and, as a result, too soon to be sure of our overall performance.

“Today’s programme has been productive: we were able to undertake some useful practical running with the power unit, and I’m satisfied with what we achieved. We covered off today’s list of planned test items, and we’re ready to homologate the power unit at the end of next week

“We still haven’t seen the unit running at its maximum potential, but I think we’re progressing steadily. We’re getting closer and closer to Melbourne, where I think we’ll be in better shape.

“For the final two days of this Barcelona test, we’ll be aiming to push things a little bit further in order to get a more accurate reflection of the package’s behaviour and performance in race conditions.”

Jenson’s back in the cockpit.