Daniel Ricciardo girlfriend is Jemma Boskovich. She is Australian as Daniel, they are boyfriends since high school. When Daniel’s career went up, they moved together to Monaco, where Jemma is working as a jewelry designer.

During this 2016 season there were some rumours about Daniel and Jemma splitting from their long relationship. Lewis Hamilton said during an interview that Daniel was recently single, but there were never a confirmation from Daniel.


Recently, on a radio interview in The Kyle and Jackie O show, he was asked about the subjet, probably without being aware of the split. Daniel, after a long silence, said: “It’s all good. Next subject”.

Daniel Ricciardo and his friends were in a road trip during this summer holiday season.

Daniel Ricciardo is an Australian motorsports driver. He was born in Perth, July 1st 1989. He began karting when he was 9 years old, and soon moved to Europe where he had good success in the Formula 3 and the World Series by Renault. In 2009 he was selected to join the Young Drivers Program by Red Bull, and 2 years later he had the chance to enter Formula 1. 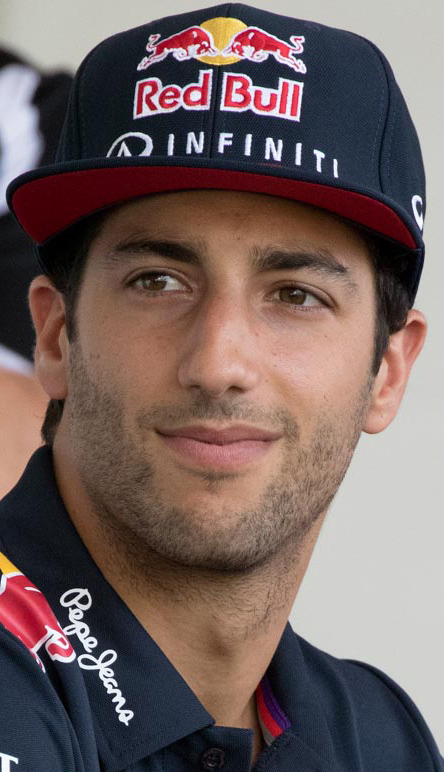 His first opportunity was in Hispania Racing Team, where he replaced Narain Karthikeyan in the middle of the 2011 season. He consistently had good positions given his experience and limits of the car, so the next year he was choosen to get a seat at Toro Rosso.

During 2012 and 2013 he was in Toro Rosso with good results, getting the 18th position and 14th in the championship respectively.

In 2014 was his confirmation year as he was chosen to join Red Bull together with Sebastian Vettel to replace Mark Webber. In the Canadian GP he gets his first victory in the Formula 1.