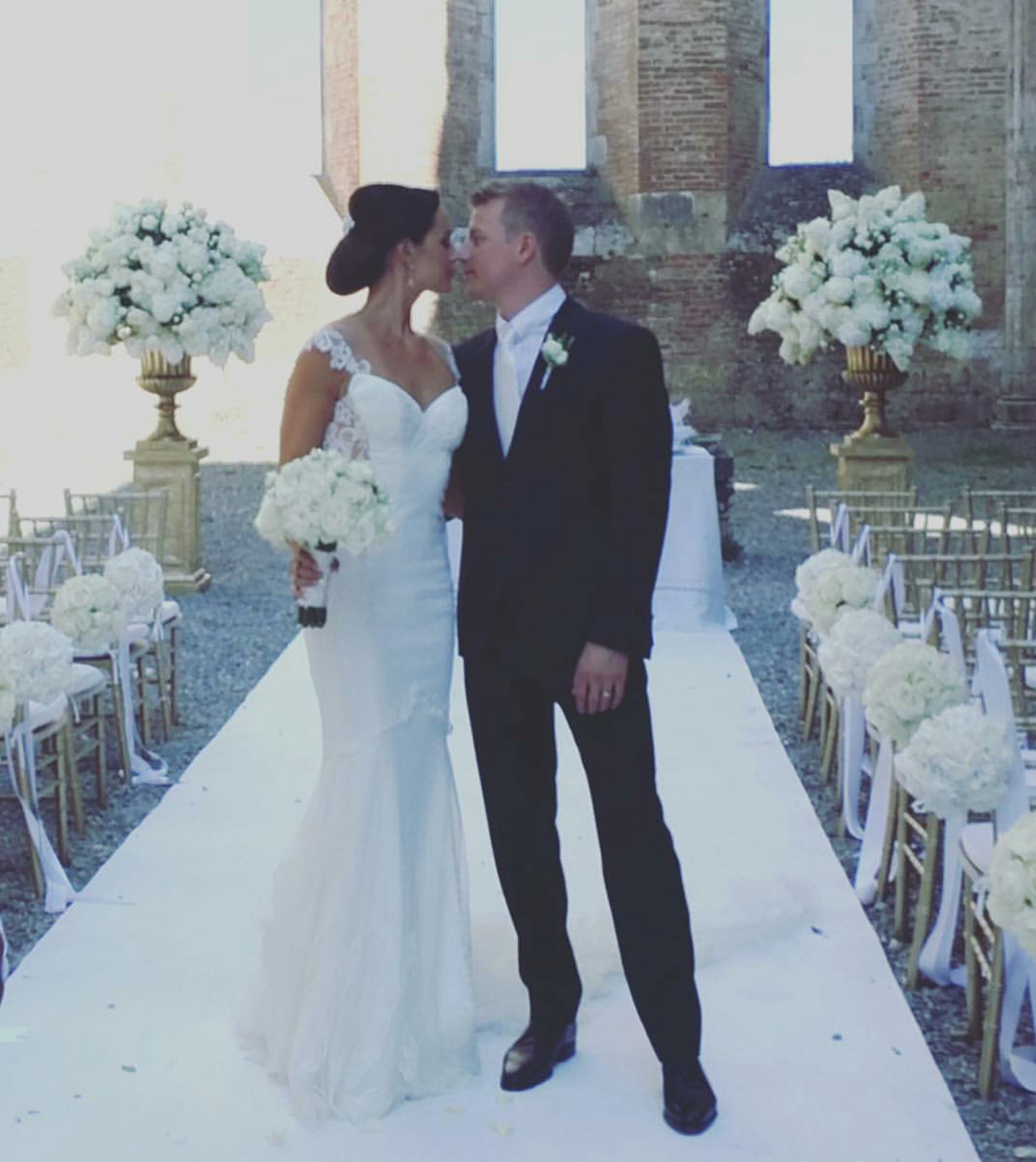 Today Minttu Virtanen and Kimi Raikkonen got married in Italy.